We are located in Padua (Padova), a northern Italian city with a vast cultural and artistic heritage. In 2021, Padua was inscribed on the UNESCO World Heritage List for the fourteenth-century fresco cycles, located within the city walls. Also, Padua and the history of theatre are also deeply enmeshed not only because it is the birthplace of Commedia dell’Arte but also because after World War II, the University of Padua became an extraordinary laboratory of theatre research, attracting artistic masters like Jaques Lecoq, Amleto Sartori, Dario Fo, creating the foundation for the renaissance that would later change the course of European theatre.

The city of Padua and the history of theatre are deeply enmeshed. In the heart of the city’s center lie the remnants of the ancient Roman Arena theatre. The city is also the birthplace of the famed playwright Ruzante (Angelo Beolco), who was the central influence on the birth of Commedia dell’Arte and the invention of stock characters. The style of commedia was born in this city with the first professional company of players legally incorporated here, of which historical documentation is preserved. They played to audiences in theaters, public squares, and often traveling up and back along the river that connects Padua to Venice, stopping to perform at the foot of the riverbank before the revelers of the many villas.

In the 18th century, one of the largest public squares in Europe, Prato Della Valle, was built in the city. The square became a focal point that attracted a wide variety of street performers and entertainers from all across the region.

For centuries, the prestigious University of Padua has been a place of research and discovery. During the period after the Second World War, theatre research at the university generated great interest in Italian and European movement-based theatre. In 1948, Jacques Lecoq, the French athlete and physiotherapist turned actor, director, and pedagogue, was invited by the director of the theatre department, Gianfranco De Bosio, to teach movement and improvisation to the performers of the program.

Padua became an extraordinary laboratory of theatre research. That same year, Amleto Sartori, the now world-renowned Paduan sculptor, was also teaching at the university, modeling theatre masks. A long term collaboration between Jacques Lecoq and Amleto Sartori began, and the former urged the latter to take on the creation and construction of leather theatre masks. As a result, an ancient manufacturing technique was reinvented and Commedia dell’Arte would soon experience a revival which, in turn, inspired the creation of a modern theatre of physical performance and training that focused on mask work. This period was a highly collaborative and intense exploration of the mechanics of how masks were made and an in-depth investigation into approaches for dramatic performance from a highly focused, physical perspective. During this time Amleto Sartori also created for Lecoq a leather “Neutral Mask” which became a unique piece all over the world. The neutral mask used by the Academy comes from the Sartori Family that is continuing this family tradition.

The work of Lecoq and Sartori delighted the famed Italian director Giorgio Strehler in Milan, and, as a result the three began a long term collaboration taking them back and forth between their research in Padova and theatrical implementation in Milan at the newly forming Piccolo Teatro. During this time, the focus began to shift to Milan as the productions of these collaborators became internationally renown and where yet another famous artist fit into the mix of this gloried puzzle; the Nobel Prize-winning artist Dario Fo was a performer in these productions, years later, recognizing Lecoq as his master in the art of mime and performance.

In 1956, Jacques Lecoq returned to France where he founded his own international theatre school in Paris. His extraordinary experience in Italy with commedia dell’arte, improvisation, and focus on physical expressivity became the foundation for a new renaissance in physical theatre, redefining it for the next generation of artists to come.

The University of Padua was the first University in the world to give an academic degree to a woman. The Venetian Elena Cornaro Piscopia was awarded her degree in philosophy on 25th June 1678.

Padua has harbored free-thinkers such as Copernicus, Galileo, Vesalius, and others who dared to challenge the dictates of the church by analyzing the world and applying scientific reasoning. At the university, you will find an illicit Anatomy Theatre dating back to 1594, where professors would secretly dissect human cadavers to packed audiences of students. 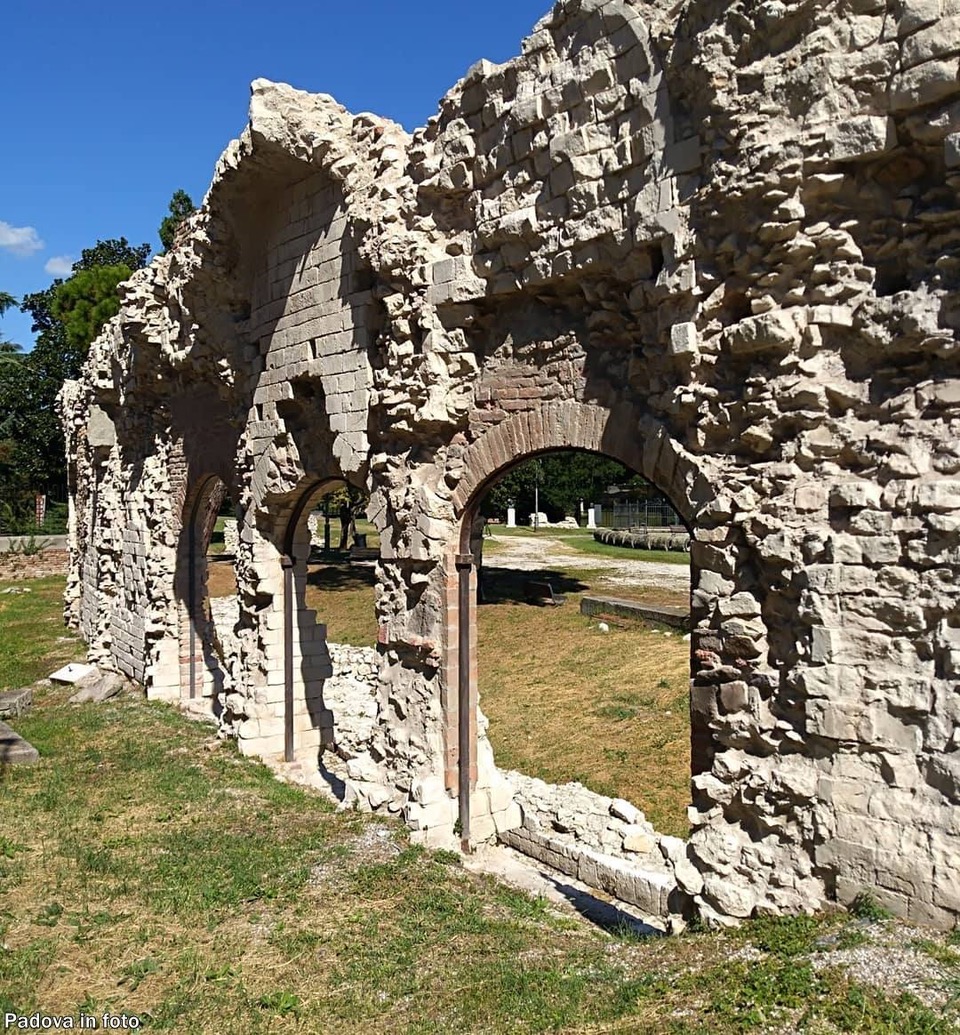 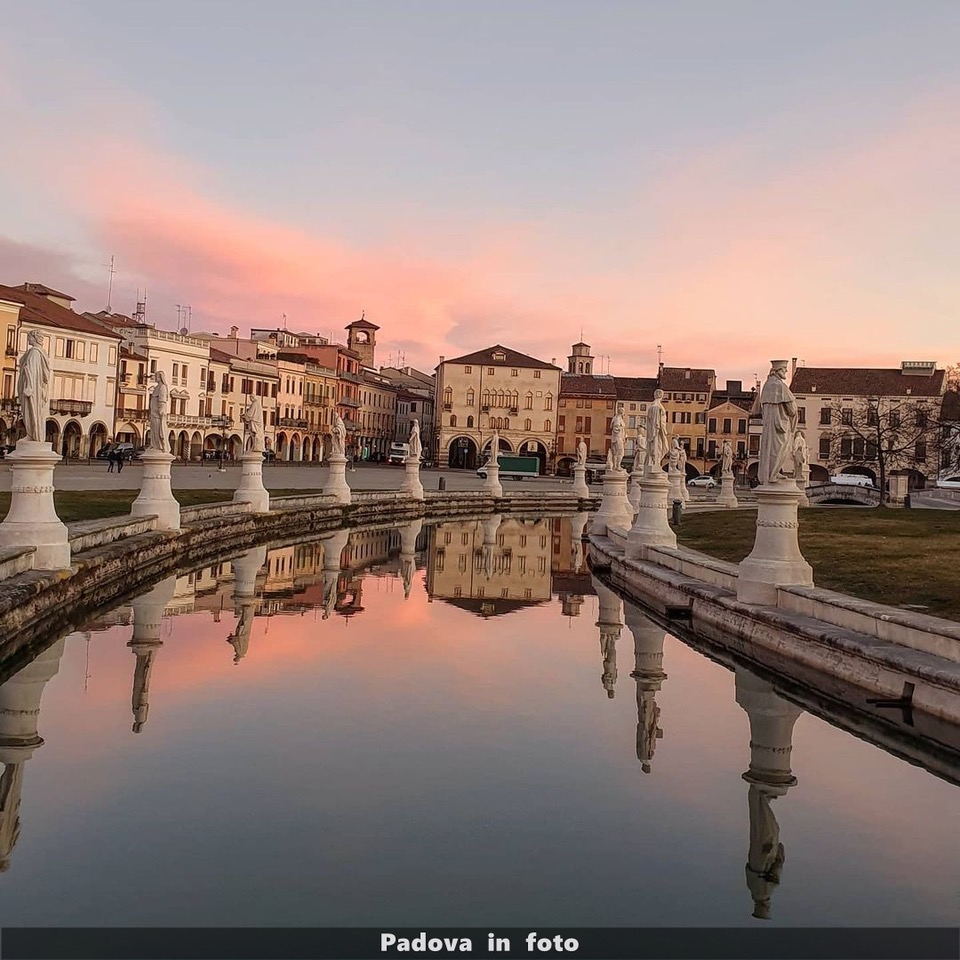 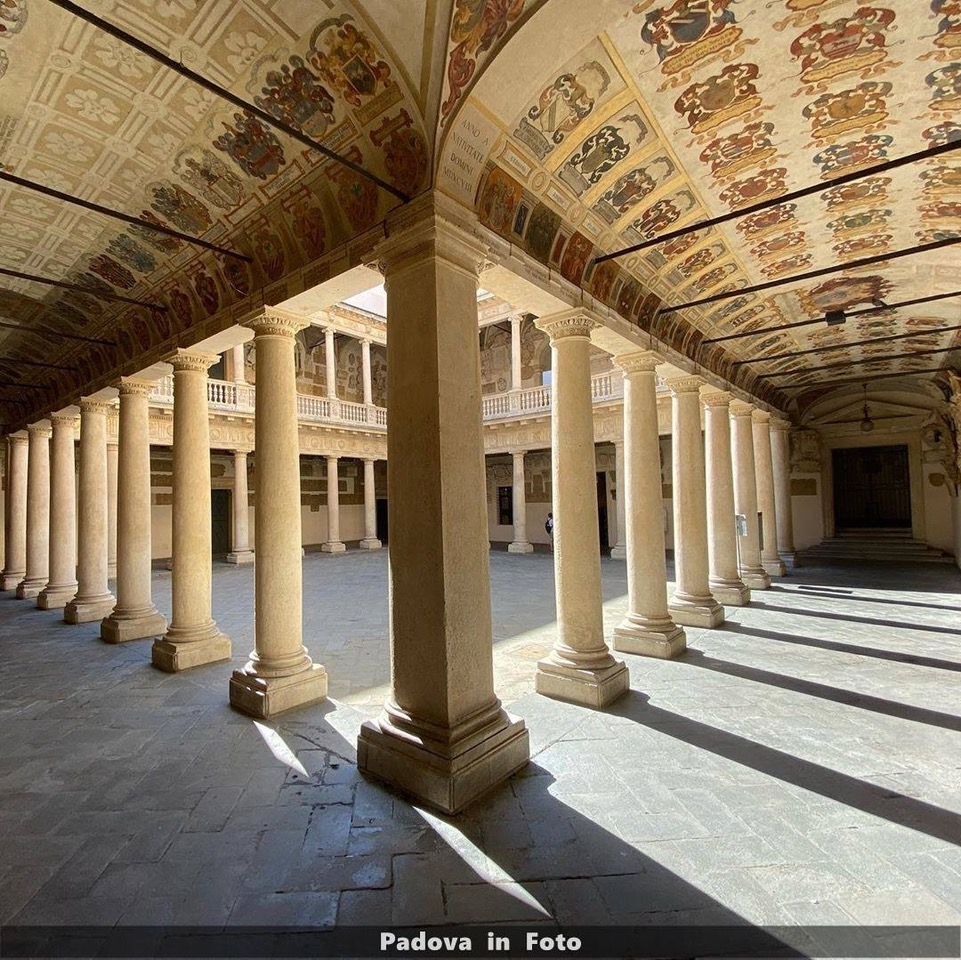 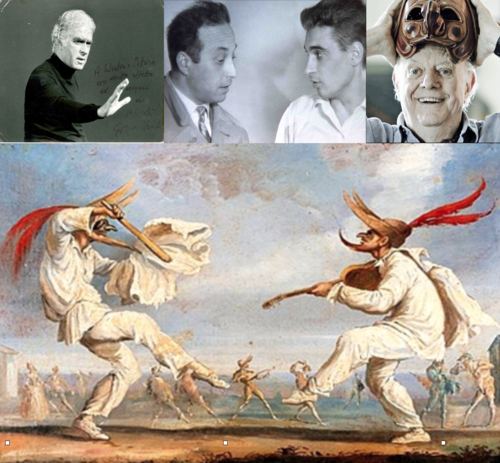 Commedia dell’arte
Amleto Sartori, Jacques Lecoq, Giorgio Strehler, Dario Fo. Commedia dell’arte (the art of improvisation) originates in Italy and was popular in all of Europe from the 16th to the 18th century. 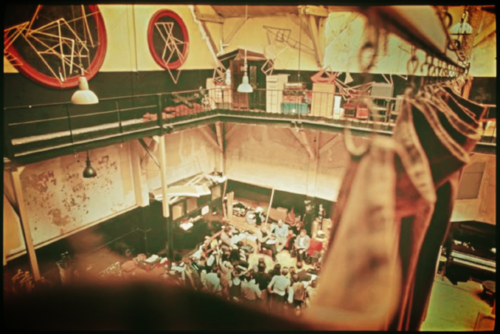 Jacques Lecoq School
A view from Above. Meeting after the presentation of the “Commandes”.

Send us your name and e-mail to receive announcements and updates about PadovArts Academy!